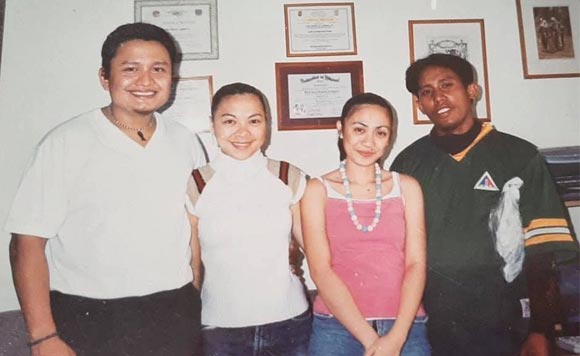 In a Facebook post, Lagman looked back on his past and shared old pictures from his stint in Quezon City.

He said it gave him his first taste of public office, and he attributed his victory to the many Bicolanos who had also moved to the area.

The Bicolano constituency made hm top the race for councilor twice, he added.

He also said he was happy for the training he got when he served at the Quezon City Council.

But moving forward, he knew he wanted to serve his fellow Bicolanos and thus moved to Albay.

Now, he lives and works among the people of the region and couldn’t be happier!

“At 31, i ran for councilor in QC’s 4th District. My first time to run for public office. There was a large Bicolano constituency in our country’s melting pot city. Definitely one of the reasons i topped the race for councilors in 2004 and 2010. Looking back, i was very happy for the local legislative training i got in the QC Council. The same legislative council that has produced many congressmen and two senators.

Deep in my heart, i always knew that i wanted to serve my fellow Bicolanos. This was why i eventually chose to serve in Albay in 2013 up to the peesent where i now have a 100% Bicolano constituency.

Thanks to one of my first secretaries Nicel Grona-Capistrano for these pictures. Also with my first COS, Loiver Etvalin! Haha Payat pa tayo dito, pare! Haha,” Lagman posted.