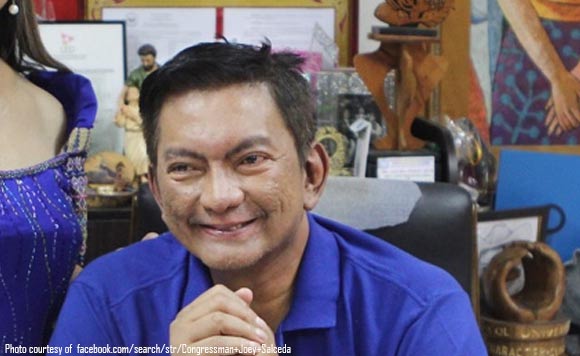 Albay 2nd district Rep. Joey Salceda on Tuesday said for the “Balik Probinsya” proposal to succeed, it needs to adopt an approach that would motivate people to stay in the provinces or move to the countryside.

In an interview on Tuesday, he said these approaches would have to address at least three basic factors to entice people — mobility, opportunity and quality of life.

The chairman of the House Ways and Means Committee said he agrees in principle with Balik Probinsiya. “The reforms we have been pushing for in Congress, especially Corporate Income Tax and Incentives Reform Act (CITIRA), are structurally biased towards incentivizing countryside development,” he said.

He said what is needed to be adopted is “a build it and they will come,” approach to the program.

Salceda added that to attain the goal, there has to be a comprehensive plan to address the fundamentals of every province in terms of investments, increased and easier access to capital, improvement in technical and public education and agricultural modernization.

“The enticement offers tax holidays and enhanced deductions,” he said.

However, other areas outside Metro Manila have even better incentives
with six years of ITH and four years of enhanced deductions.

Those relocating from NCR or adjacent areas, investing in agribusiness or locating in areas recovering from armed conflict or major disaster also get an additional two years of ITH and a year of enhanced deductions.

Salceda said to entice people and businesses to go to the provinces, “nine more years of incentives for additional conditions which are biased towards the province” are needed.

To strengthen urban-rural linkages, a physical and information infrastructure should also be aggressively built. “We need faster internet, communication system and an improved transport network between urban centers and the countryside.

Salceda, one of the top economists in the country, likewise said “we need to sustain our investment in ‘Build, Build, Build’ and make our telecommunications sector more geographically inclusive.”

“We need an economic ecosystem that will support growth in the countryside,” he added. (PNA)