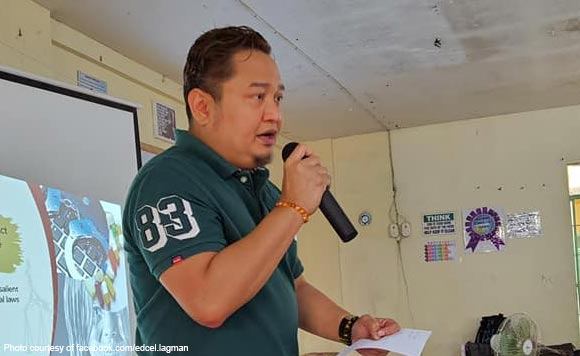 Lagman recalled that he used to like Sonza when he was a co-host of Mel and Jay show together with veteran broadcast journalist Mel Tiangco.

“I used to like this guy. Especially when he was co-hosting “Mel and Jay” in the late 80s and early 90s,” Lagman admitted.

“In the same way that i also used to like Teddy Boy Locsin in “The Assignment”. But this @-hole is another story,” he added.

However, the politiko said that Sonza ended up “ass-licking” the Duterte administration and yet he hasn’t been appointed to any government position.

“Now, i just feel sorry for Jay Sonza. He’s been ass-licking, on full display and for all and sundry, PRRD and this present administration’s policies and programs,” Lagman said.