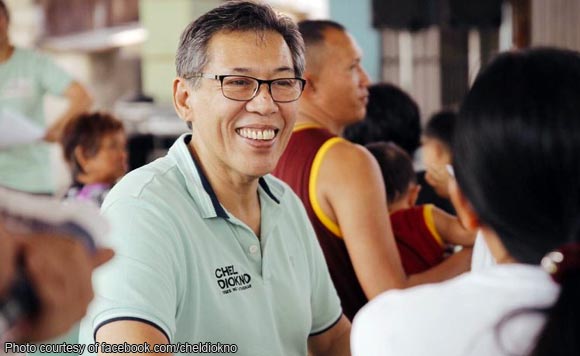 Masbate Senior Provincial Board Member Jason Arevalo has thrown his all out support to human rights lawyer Chel Diokno.

Diokno recently became the subject of tirades of President Rodrigo Duterte in a televised address, even comparing the former to a “janitor.”

However, Arevalo listed several reasons why Diokno is easily the brightest “Janitor” ever.

The local politiko shared the following:

1. Lawyer Chel Diokno earned his degree in Philosophy at UP Diliman, the nation’s premier University.

3. He took his Masters of Laws in the prestigious Yale University in the US.

4. He was a recipient of American Award for Excellence in the Study of Contracts.

5. He both passed the bar examinations in the Philippines and in the State of Illinois.

6. He was the Founder and Dean of the La Salle College of Law.

7. He is a mainstay lecturer in the Mandatory Continuing Legal Education (MCLE).

a. Diokno on Trial: The Techniques and Ideals of a Filipino Lawyer (The Complete Guide to Handling the Case in Court
b. Civil and Administrative Suits as Instruments of Accountability for Human Rights Violation

10. And he wrote various legal articles on:

“With such a stellar curriculum vitae and international academic exposures, Atty. Chel may well be the brightest ‘janitor’ there is,” said the board member.

“And his losing in the last senatorial elections, his teeth had nothing to do with it. He lost partly because of lack of logistics. But blame it more on the fact there just weren’t many janitors’ minds of his intellectual caliber around,” he added.