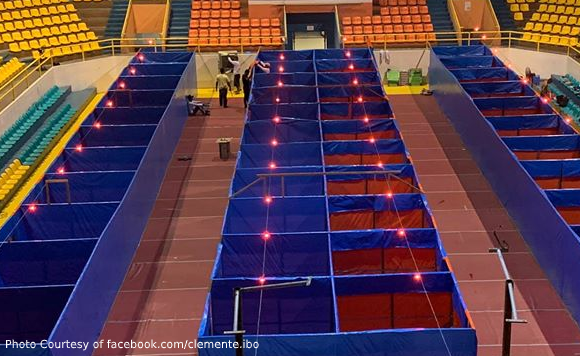 The Ibalong Centrum for Recreation (ICR) here, which has been converted into a quarantine center, has started admitting patients under investigation (PUIs) for the new coronavirus disease (Covid-19).

City Mayor Noel Rosa said the temporary conversion of the ICR into the Legazpi City Quarantine Center (LCQC) is in response to the clamor of city residents for PUIs to be removed from their homes to prevent further contagion in the villages.

Rosal said under the current health guidelines, PUIs who undergo medical checkup are being sent home to undergo quarantine procedures.

He said “the procedure is apparently not a guaranty that these PUIs are indeed following the quarantine rule, especially in areas wherein neighborhood houses are contiguous.”

“Assuring that the isolation process would work, this had been the city’s health template in confronting the virus disease and other contagion that might happen in the future,” he said.

The city government, according to the mayor, has earmarked PHP1 million for the LCQC’s operation.

The facility, which has a 3,000-square meter floor area, now has 44 cubicles that can accommodate up to 100 beds. The center seats on a 10,000-square meter lot in Barangay Bitano, this city.

The facility will be manned by doctors, nurses, nutritionists, pharmacists, and utility workers from the Department of Health, the city health office, Legazpi City Hospital and the Bureau of Jail Management and Penology.

Earlier, Albay Gov. Al Francis Bichara said the Albay Drug Rehabilitation Center in Ligao City would be temporarily converted into an isolation facility with an area that can accommodate 40 beds.