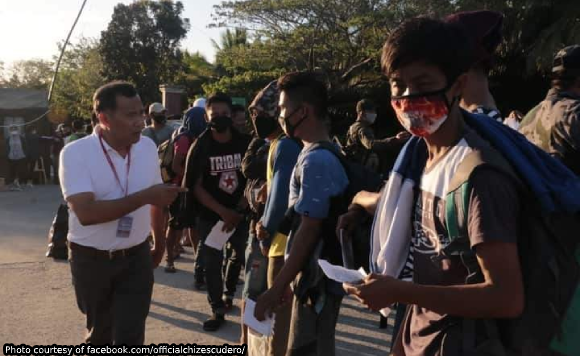 0 1,927
Share
Want more POLITIKO News? Get the latest newsfeed here. We publish dozens and dozens of politics-only news stories every hour. Click here to get to know more about your politiko - from trivial to crucial. it's our commitment to tell their stories. We follow your favorite POLITIKO like they are rockstars. If you are the politiko, always remember, your side is always our story. Read more. Find out more. Get the latest news here before it spreads on social media. Follow and bookmark this link. https://goo.gl/SvY8Kr

Stranded residents of Sorsogon in various borders in Bicol Region were picked up by the “Sweeper Team” of the provincial government.

The said Sweeper Team was formed pursuant to the Executive Order 21-2020 issued by Governor Francis Escudero.

Escudero received reports regarding Sorsoganons who were stranded in Camarines Sur, Camarines Norte and Quezon.

Some of them were stranded for two days without food and shelter.

Meanwhile, Governor Escudero said that a medical team will monitor the health of those who are under quarantine.