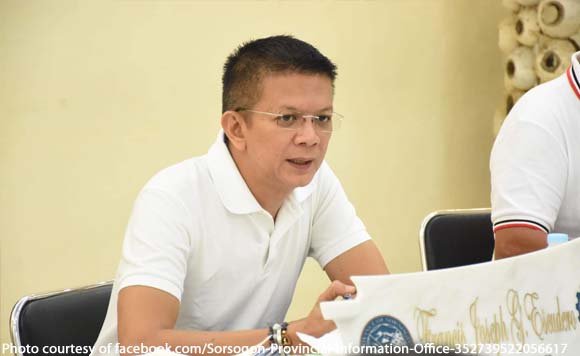 0 274
Share
Want more POLITIKO News? Get the latest newsfeed here. We publish dozens and dozens of politics-only news stories every hour. Click here to get to know more about your politiko - from trivial to crucial. it's our commitment to tell their stories. We follow your favorite POLITIKO like they are rockstars. If you are the politiko, always remember, your side is always our story. Read more. Find out more. Get the latest news here before it spreads on social media. Follow and bookmark this link. https://goo.gl/SvY8Kr

Governor Francis Chiz Escudero said that the Sorsogon Sangguniang Panlalawigan has passed an ordinance that will lift truck ban in the province to ensure unhampered delivery of goods.

“The Sangguniang Panlalawigan passed the MURANG PAGKAIN SA BARANGAY ORDINANCE; a resolution suspending all truck ban ordinances in the province so that cargoes to, within, and from Sorsogon are unhampered,” the governor said.

The said ordinance also includes a 24-hour curfew for children below 15 years old.

“We went around the towns of Prieto Diaz, Gubat , Barcelona, Bulusan, Sta. Magdalena, and Bulan to check on their compliance with the Province’s unified ECQ pass and to clear illegal checkpoints and barricades. We also formed a PNP team to monitor this as well,” said Escudero.

“Will issue Enhanced Community Quarantine (ECQ) passes to all delivery vehicles to ensure unhampered distribution of goods. Assured them that we will help facilitate their cargoes from anywhere in Luzon to keep the supply chain of the Province intact,” he said.

“We also asked the PNP to form a team that will dismantle all illegal checkpoints of barangays and towns that are completely blocking and/or closing down roads or are not complying with the uniform and singular ECQ Pass system of the Province,” it added.