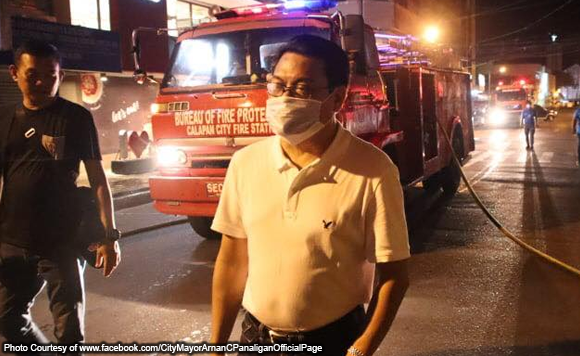 Calapan City Mayor Arnan Panaligan got matters into his own hands literally as he spearheaded the city government’s team in disinfecting the central business district.

The central business district of Calapan City is considred the busiest area in the city where thousands of people visit everyday to transact business.