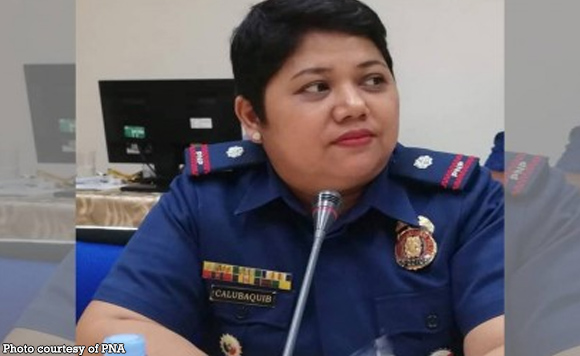 0 367
Share
Want more POLITIKO News? Get the latest newsfeed here. We publish dozens and dozens of politics-only news stories every hour. Click here to get to know more about your politiko - from trivial to crucial. it's our commitment to tell their stories. We follow your favorite POLITIKO like they are rockstars. If you are the politiko, always remember, your side is always our story. Read more. Find out more. Get the latest news here before it spreads on social media. Follow and bookmark this link. https://goo.gl/SvY8Kr

LEGAZPI CITY – Former Catanduanes Rep. Cesar Sarmiento is facing charges before the Department of Justice (DOJ) in connection with his alleged involvement in the operation of an illegal drugs laboratory in Virac, Catanduanes.

The Philippine National Police in Virac filed with the DOJ in Manila a complaint affidavit against Sarmiento for alleged conspiracy and accepting protection money over the said laboratory in violation of Republic Act 9165, the Comprehensive Dangerous Drugs Act.

In an interview on Thursday, Maj. Maria Luisa Calubaquib, Police Regional Office-5 spokesperson, said the case was filed based on the result of the preliminary investigation by PNP-Virac under Maj. Bon Billy David Timuat, and Ernesto Tabor Jr., of Barangay Mayngaway, San Andres, Catanduanes.

“The complaint was based on the affidavit executed by Ernesto Tabor Jr., a state witness in the ongoing criminal case relative to the clandestine drug laboratory discovered in Barangay Palta Small, Virac, Catanduanes in 2016,” she said.

The complainant alleged that Sarmiento conspired with lawyer Eric Isidoro, former National Bureau of Investigation director for the Anti-Narcotics Division who, in a separate case, was the principal accused in the establishment and operation of the illegal drug laboratory in Barangay Palta Small in Virac.

In his affidavit, Tabor said he wanted to uncover the culpability of Sarmiento whose identity was not revealed in the earlier investigation by the PNP because of his strong influence and array of networks both in the national government and the police.

Sarmiento, in a phone interview on Thursday, said he has yet to receive a copy of the complaint filed with the DOJ.

“So far, for the record, I just learned of it through the social media,” he added.

Sarmiento said he would submit his counter-affidavit once he receives the DOJ resolution.

He branded the charges against him as politically motivated, saying: “Politics is all behind this fiasco. It’s plain and simple fabrication and this will not hold water.”

Asked about the accusation naming him as protector of the drug laboratory operation and receiving PHP20 million as protection money, Sarmiento dismissed it as a lie.

“I have never met him (Tabor) or Isidoro,” Sarmiento claimed.

Isidoro is now jailed and facing a separate case for his reported role in the establishment of a drug laboratory in his alleged property.

He said Tabor, in a press conference, told the media that he personally delivered to his house P20 million cash for his political campaign.

“Tabor in that press conference also accused me of being behind his assassination attempt where after the 2016 local election, I immediately filed on July last year a case against Tabor for grave moral defamation [charge] at the DOJ,” Isidoro said.

Sarmiento even challenged Tabor to undergo with him a lie detector test at the NBI.