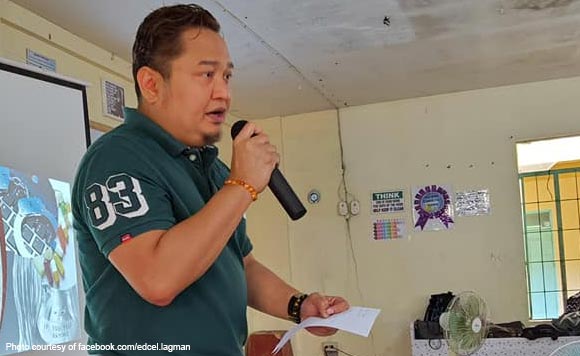 Albay Vice Gov. Grex Lagman has turned his attention to United States politics and has made known his administration for democratic nominee contender Joe Biden.

Lagman, in a Facebook post, praised Biden for beating the odds throughout his life and overcoming personal tragedies and political failures.

He hailed Biden’s resurrection in the race to be the democrats’ candidate in the presidential polls.

If Biden succeeds in getting Michelle Obama to be his running mate, they could make a formidable ticket, he said.

But the most important question is, is the Biden the man who can beat Trump?

Guess we will know soon!

“The Unbreakable Joe Biden. His whole life was all about beating the odds, overcoming personal tragedies and political failures.

Four days ago, it looked game over for former VP Joe Biden. Like Lazarus, he’s back to life winning 9 out of the 14 states up for grabs on Super Tuesday.

Question is: will it take a conservative democrat like Biden to beat King Donald or will a wonky, democratic socialist like Sanders do the trick?

Sidelights: Biden has decided on choosing well-respected former First Lady Michelle Obama as his running mate if he eventually becomes the democratic party’s presidential nominee. A very good choice. A black woman and topnotch lawyer with the Obama political capital to boot. A potent combo that can excite again black, Asian and Latino minorities to go out and vote for Biden!