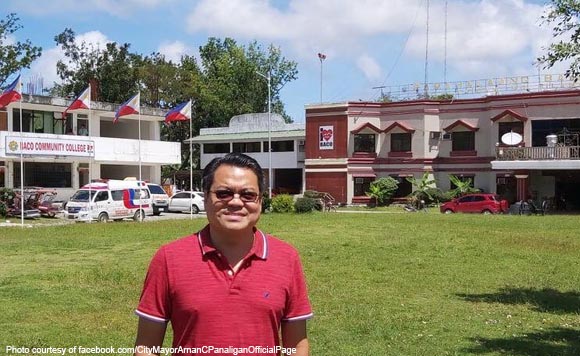 Calapan City Mayor Arnan Panaligan has visited the neighboring town of Baco in Oriental Mindoro where his ancestral home is located.

“Visited the neighboring town of Baco, my ancestral hometown. Also made a courtesy call to Mayor Rey Marco at his office,” the mayor said.

“It was my honor to accept his offer for me to support the centennial celebration of Baco in 2021,” added the mayor.

The said convention center is seen to boost the tourism in Calapan thru conferences and large gatherings.

“The construction of the convention center, the first in Oriental Mindoro, will make Calapan City as a major tourism destination as the facility will attract large conventions, conferences and exhibitions,” said the Mayor’s office.

Mayor Panaligan was accompanied in his inspection by City Architect Elmer Villas.