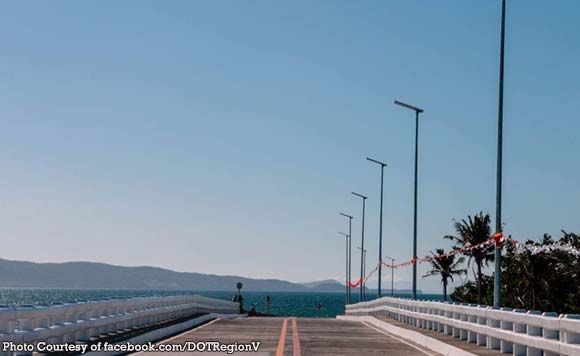 A new road infrastructure project in Calaguas Island in Camarines Norte has been completed by Department of Public Works and Highways.

The DPWH announced recently that a road concreting project amounting to P14.7 million has been finished in Barangay Pinagtigasan in Calaguas Island, Vinzons, Camarines Norte.

“This beach is among the leading tourist destinations in Camarines Norte, showcasing white sand and crystal-clear blue water comparable to that of Boracay,” adde Bermal.

He said that with the project, locals can now easily bring their products to Mahabang Buhangin, especially during peak season like summer.

“With paved road, locals will be able to conveniently travel to Mahabang Buhangin where they can sell agricultural and marine produce to tourists especially during summer season, thereby providing more livelihood opportunities and improving living condition in the area,” Bermal said.

The construction of road in Calaguas Island received funding from 2019 General Appropriations Act and was implemented from June 2019 to January 2020.