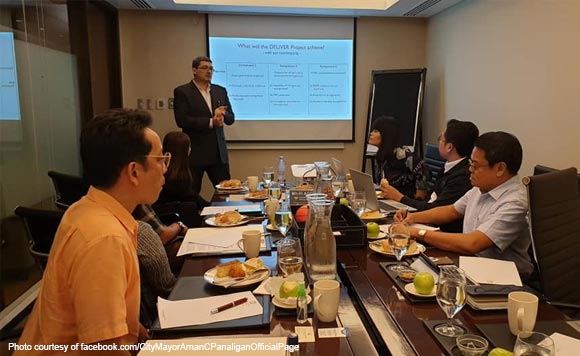 Calapan City Mayor Arnan C Panaligan has met with the representatives of the United States Agency for International Development (USAID).

In attendance during the meeting were representatives of Chemonics, a USAID contractor, regarding the implementation of Project DELIVER (Delivering Effective Governance for Competitiveness and Inclusive Growth).

The said meeting was held in Ortigas, Mandaluyong City.

“Project DELIVER aims to enhance the fiscal performance of local government units, strengthen their capacity for infrastructure development and improve the competitiveness of micro, small and medium enterprises (MSMEs)” said the mayor’s office.

Panaligan also gracedp the meeting in his capacity as Secretary General of the League of Cities of the Philippines.

“The construction of the convention center, the first in Oriental Mindoro, will make Calapan City as a major tourism destination as the facility will attract large conventions, conferences and exhibitions,” said Panaligan’s office.

Mayor Panaligan was accompanied in his inspection by City Architect Elmer Villas.