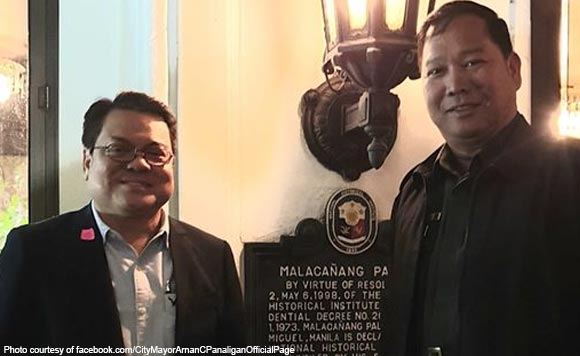 0 434
Share
Want more POLITIKO News? Get the latest newsfeed here. We publish dozens and dozens of politics-only news stories every hour. Click here to get to know more about your politiko - from trivial to crucial. it's our commitment to tell their stories. We follow your favorite POLITIKO like they are rockstars. If you are the politiko, always remember, your side is always our story. Read more. Find out more. Get the latest news here before it spreads on social media. Follow and bookmark this link. https://goo.gl/SvY8Kr

Parlade has been appointed as the newest Commander of Southern Luzon Command (SOLCOM), Armed Forces of the Philippines.

He was also promoted to three-star rank.

“Congratulations to LT. GEN. Antonio Parlade on his appointment as Commander of Southern Luzon Command (SOLCOM), Armed Forces of the Philippines, and for his promotion to 3 star rank,” said the Calapan mayor.

He shared that he met Parlade few years back when the latter was still based in Oriental Mindoro.

“I first met Gen. Parlade when he was still a colonel assigned as Brigade Commander of 203rd Infantry Brigade, 2nd Infantry Division, Philippine Army, based in Oriental Mindoro a few years ago,” said Panaligan.

“Gen. Parlade is a graduate of the Philippine Military Academy, Class 1987,” he added.

Meanwhile, Panaligan also shared their photo together taken in Malacanang Palace after the AFP/PNP Command Conference with the President.

VG Lagman to shepherd the passage of Albay Youth Code