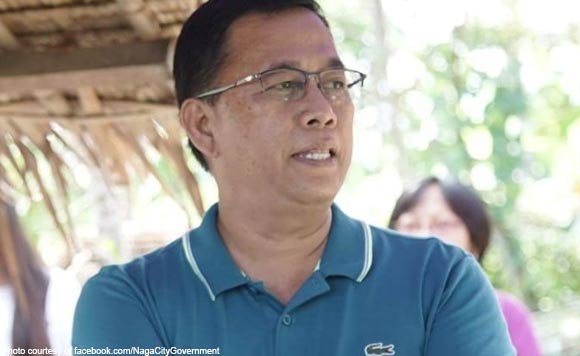 0 1,377
Share
Want more POLITIKO News? Get the latest newsfeed here. We publish dozens and dozens of politics-only news stories every hour. Click here to get to know more about your politiko - from trivial to crucial. it's our commitment to tell their stories. We follow your favorite POLITIKO like they are rockstars. If you are the politiko, always remember, your side is always our story. Read more. Find out more. Get the latest news here before it spreads on social media. Follow and bookmark this link. https://goo.gl/SvY8Kr

With the first case of African Swine Fever being confirmed in Camarines Sur, Naga Mayor Nelson Legacion has taken steps to prevent the spread of the disease.

In a Facebook post, Legacion said the police would conduct animal checkpoints in strategic places 24/7, and live hogs from Bombon, Canaman, Magarao and Calabanga would not be allowed in Naga.

Hogs that would be brought to the Naga City Abattoir should also have the proper documents, he said.

He has also activated the Anti – ASF Task Force, which would conduct mandatory inspection of pork products brought to the city by land.

Products from ASF-affected regions and countries and those which do not have the necessary shipping permits would be confiscated and disposed of.

The city abbatoir would also implement tighter and mandatory disinfection of all livestock transports and impose hygiene precautions.

The mayor also directed the City Agriculture Office ito visit and alert all hog farmers in the city about his instructions.

The mayor is not leaving anything to chance!

In view of the statement of Department of Agriculture Regional Executive Director Rodel P. Tornilla made today, 20 February 2020, confirming African Swine Fever incidence in Bombon, Camarines Sur, I am reiterating the following directives I made this morning during our Press Conference to ensure the spread prevention of ASF in the city:

1. The Naga City Police Office with the assistance of the City Veterinary Office shall conduct animal checkpoints in strategic places 24/7. All live hogs originating from Bombon, Canaman, Magarao and Calabanga shall not be allowed entry in the City of Naga. All products from these areas shall be confiscated and disposed based on existing protocols;

2. No hogs may be brought to the Naga City Abattoir without the necessary documents:

• Livestock Inspection or Health Certificate issued by a government or private veterinarian and City Veterinary Office Indorsement for hogs raised and originating from other parts of Camarines Sur.

• Livestock Inspection/Health Certificate issued by a government or private veterinarian, Shipping Permit issued by the Bureau of Animal Industry (BAI) and City Veterinary Office Indorsement for hogs raised and originating from outside of Camarines Sur

3. The Anti – ASF Task Force shall conduct mandatory inspection on pork products transported via land transport vehicles entering the terminals of the city. All pork products brought or transported without the necessary shipping permit and those products from regions and countries affected by African Swine Fever shall confiscated and disposed based on existing protocols;

4. The Abattoir shall institute tighter and mandatory disinfection of all livestock transports and impose hygiene precautions of all personnel/clients prior to entry to the premises.

5. The City Agriculture Office is directed to visit and alert all hog farmers in the city regarding this directive and ASF incidence,” Legacion posted.