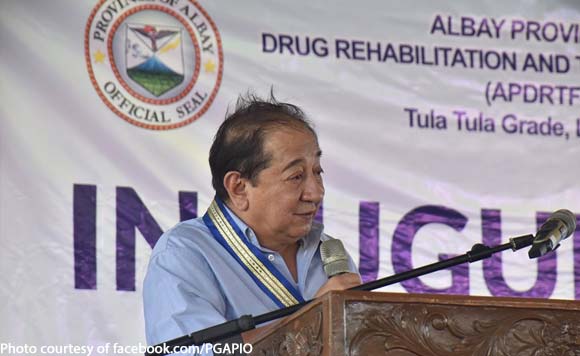 0 243
Share
Want more POLITIKO News? Get the latest newsfeed here. We publish dozens and dozens of politics-only news stories every hour. Click here to get to know more about your politiko - from trivial to crucial. it's our commitment to tell their stories. We follow your favorite POLITIKO like they are rockstars. If you are the politiko, always remember, your side is always our story. Read more. Find out more. Get the latest news here before it spreads on social media. Follow and bookmark this link. https://goo.gl/SvY8Kr

Governor Al Francis Bichara has hosted a dinner to the Albay delegation which provided help to the residents of Batangas affected by the recent Taal Volcano eruption.

Bichara lauded the team for their efforts to immediately respond to those in need. Taal Volcano erupted last month.

“Governor Al Francis Bichara hosted a Thanksgiving Dinner at the Governor’s Guest House to express his gratitude for the Albay Team that took part in the Humanitarian Mission to Taal Volcano Eruption Victims in Batangas last January 22 – February 5, 2020,” the Capitol said.

The dinner was held last February 13 at the Governor’s Guest House, Legazpi City.

The members of delegation also received Certificate of Recognition from the provincial government.

“The Albay Team provided clean and safe water through the water filtration machines to the victims of the volcano eruption for them to have a secure and safe access to water and sanitation,” said the Capitol.

Thousands of residents in Batangas as well as nearby towns were displaced by the eruption.