How hot are you? Albay Gov. Al Francis Bichara wants to know 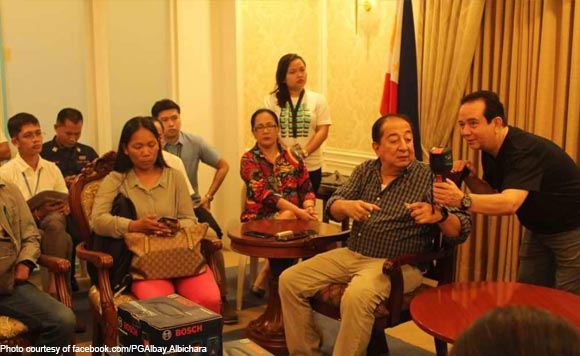 0 1,020
Share
Want more POLITIKO News? Get the latest newsfeed here. We publish dozens and dozens of politics-only news stories every hour. Click here to get to know more about your politiko - from trivial to crucial. it's our commitment to tell their stories. We follow your favorite POLITIKO like they are rockstars. If you are the politiko, always remember, your side is always our story. Read more. Find out more. Get the latest news here before it spreads on social media. Follow and bookmark this link. https://goo.gl/SvY8Kr

Albay Gov. Al Francis Bichara is taking no chances to prevent the spread of the novel coronavirus in his province.

A post on his Facebook page said Bichara acquired mobile thermal scanners to check for people with fever, one of the symptoms of the virus.

The province purchased five mobile thermal scanners that would be deployed in the most crowded areas, such as terminals, malls and schools.

Bichara also said the persons under investigation in Albay have tested negative for the virus, which means the province has no confirmed case.

This is good news, and the preparations he is undertaking hope to keep it at bay.

The Governor also announced that the Persons Under Investigation (PUI) were tested negative for Coronavirus Disease – 2019. Thus, there are no confirmed cases of COVID-19 here in the province. He also added that the mobile thermal scanners are just for precautionary measures.