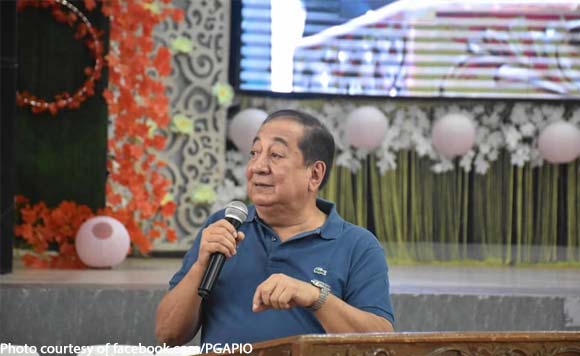 0 1,462
Share
Want more POLITIKO News? Get the latest newsfeed here. We publish dozens and dozens of politics-only news stories every hour. Click here to get to know more about your politiko - from trivial to crucial. it's our commitment to tell their stories. We follow your favorite POLITIKO like they are rockstars. If you are the politiko, always remember, your side is always our story. Read more. Find out more. Get the latest news here before it spreads on social media. Follow and bookmark this link. https://goo.gl/SvY8Kr

In its bid to intensify its campaign against novel coronavirus disease, Albay Governor Al Francis Bichara has released four thermal scanners as part of the precautionary measures taken by the province.

The Taskforce COVID-2019 is composed of four teams. They will use the scanners in seaports and point terminals in the province.

Meanwhile, the Gov. Bichara also said that Barangay Health units will also be briefed in responding to any resident that will show fever or other traces of respiratory ailments.

“The Albay government has already adhered to national health advisory that cancels big events which will draw crowd. In January, the Magayon Festival and the SCUAA has been cancelled,” said the Capitol.

“Earlier today, the Department of Health – Bicol announced that the region has discharged the five persons under investigation due to COVID-2019. DOH 5 also confirmed that there is no PUI in the province,” it added.