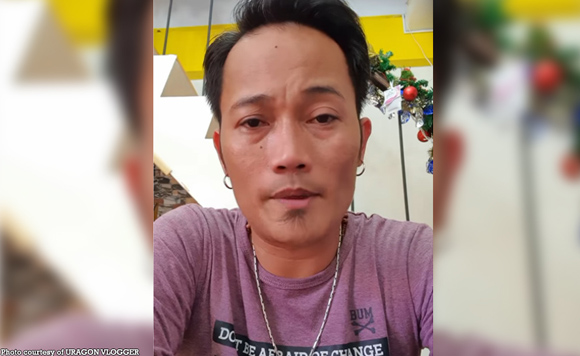 0 733
Share
Want more POLITIKO News? Get the latest newsfeed here. We publish dozens and dozens of politics-only news stories every hour. Click here to get to know more about your politiko - from trivial to crucial. it's our commitment to tell their stories. We follow your favorite POLITIKO like they are rockstars. If you are the politiko, always remember, your side is always our story. Read more. Find out more. Get the latest news here before it spreads on social media. Follow and bookmark this link. https://goo.gl/SvY8Kr

LEGAZPI CITY — The Legazpi City Police Station filed a case on Tuesday against a vlogger who claimed to be a novel coronavirus (nCoV) patient in front of a mall here.

Lt. Col. Aldwin Gamboa, Legazpi City police chief, in an interview on Wednesday said they filed an “alarm and scandal” case before the City Prosecutor’s Office against Marlon Devera of Barangay Bigaa.

“We decided to file a case against the suspect since he created disturbance, anxiety and fear to the public after he played himself as carrier of nCoV in front of a mall in Barangay Bitano on Sunday afternoon. It is a public crime and a violation of a law,” he said.

Devera, he added, could be arrested once the court issues a warrant against him.

Gamboa said since the government is now addressing the nCoV threat, people must cooperate and refrain from inciting panic of the public.

“We must be a help to the community, it is not good to make nCoV a joke for it is a national issue and a public health concern. Instead of making joke, let’s help together to give awareness to our community. He as a vlogger must share informative, factual and necessary information that will help educate the public,” he said.

Gamboa said vloggers or anybody who posts anything on social media must be responsible for the information that they share to the public.