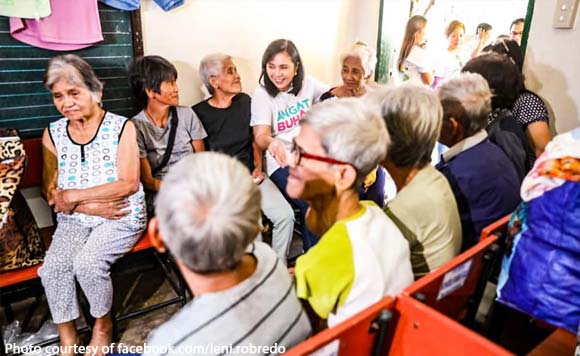 Robredo, in a Facebook post, shared her appreciation for the local and barangay officials who have been helping the evacuees round the clock, and serving them well.

She also thanked the volunteers who helped them, including the doctors, the storytellers who entertained the kids, the laughter yoga specialist, the Rotary Club of San Juan North and Malaruhatan Country Club which prepared hot meals.

But the evacuees could use more help, she said.

Children need school supplies as they have gone back to classes, but lost all their educational materials when they evacuated.

While there are still people in evacuation centers, more help will be needed!

“Just got back from a long, full day in Batangas and Cavite. We were in 4 towns the entire day -Mendez, Nasugbo, Tuy and Lian. These are towns which are hosting thousands of evacuees. Hats off to all the LGU and Barangay Officials who have been serving our people round-the-clock and serving them so well. Thank you to the many volunteers who assisted us today.

So many people to thank. Our doctors, led by Dr. Bryan Atienza who examined patients the entire day; PAPPI, for once again providing free medicines: our storytellers who conducted a Storytelling & Art Activity led by Rey Bufi of The Storytelling Project; Paolo Trinidad of Philippine Laughter Yoga who conducted Laughter Yoga with the evacuees; Rotary Club of San Juan North and Malaruhatan Country Club for helping us prepare our hot meals -lunch and meryenda- for the evacuees. Thank you to the school officials hosting our evacuees and the BHW volunteers who assisted us in the medical mission.

For those who are asking how they can still be of help, the children there need school supplies as some of them have started or will start going to school again. They will be attending the schools nearest to their evacuation centers. Since they lost almost everything they have, they really need school supplies.

Thank you to those who donated mattresses, blankets, pails, water containers, toiletries, food and water. Thank you also to our staff who volunteered today and those who have been on the ground since the day after the eruption,” Robredo posted.