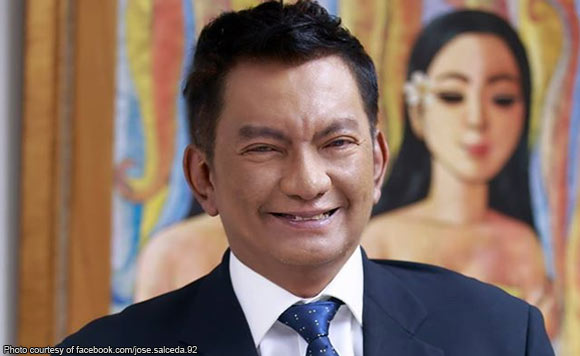 0 433
Share
Want more POLITIKO News? Get the latest newsfeed here. We publish dozens and dozens of politics-only news stories every hour. Click here to get to know more about your politiko - from trivial to crucial. it's our commitment to tell their stories. We follow your favorite POLITIKO like they are rockstars. If you are the politiko, always remember, your side is always our story. Read more. Find out more. Get the latest news here before it spreads on social media. Follow and bookmark this link. https://goo.gl/SvY8Kr

The House committee on ways and means chairman, one of the earliest proponents of sin tax reform on tobacco products, said the increase in excise taxes on alcohol and e-cigarettes would save thousands of lives due to healthier consumption of products.

The measure would also save hundreds of thousands more due to enhanced funding for universal health care, Salceda said.

“Once again, the President acted decisively for the public interest. Alcohol alone accounts for as many as 10,372 road crashes every year. Based on anecdotal evidence from the PGH, the number is probably bigger, as they claim that about 50 percent of all vehicular accident cases that they treat have some alcohol involved,” he said.

“From t016 data of the World Health Organization some 4,431 per 100,000 population of Filipinos died from liver cirrhosis; 16,418 from hypertensive diseases; and 8,526 from tuberculosis – all linked to excessive use of alcohol. Surely, any move that reduces average national consumption is good news.” Salceda explained.

Preliminary estimates from the Department of Finance (DOF) indicate that alcohol may have an economic cost of as much as 1.7 percent of GDP every year, equivalent to about a third of the country’s annual health expenditure.

“My own estimates come somewhere closer to 2.0 percent of GDP, when you account for lost productivity on those who did not use alcohol, but were somehow harmed by someone who was under the influence of alcohol,” Salceda said.

“If you could recover all of that, theoretically we could be growing by 8 to 9 percent every year, not to mention we would be healthier,” he added.

Salceda also lauded the increase in excise taxes on e-cigarettes.