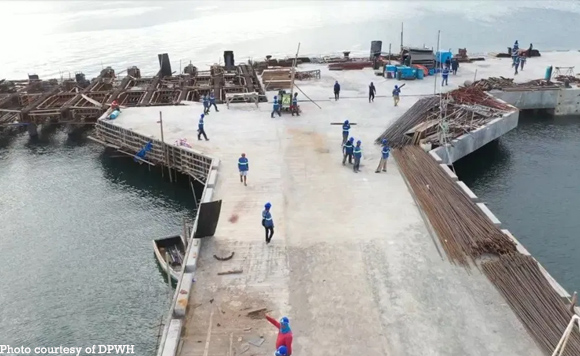 0 343
Share
Want more POLITIKO News? Get the latest newsfeed here. We publish dozens and dozens of politics-only news stories every hour. Click here to get to know more about your politiko - from trivial to crucial. it's our commitment to tell their stories. We follow your favorite POLITIKO like they are rockstars. If you are the politiko, always remember, your side is always our story. Read more. Find out more. Get the latest news here before it spreads on social media. Follow and bookmark this link. https://goo.gl/SvY8Kr

Expect Palawan to be at the international cruise line spotlight with the completion of Puerto Princesa City Cruise Port Facility Project, the Public Works department said.

The phases 3 and 4 of the Puerto Princesa City Cruise Port Facility Project are currently underway. Once finished, the scenic Province of Palawan is seen to be included popular list of international cruise destinations.

The Department of Public Works and Highways Regional Office 4B said the Cruise Port Facility is a P1.5 billion-project consisting of seven phases and includes the construction of 500-meter wharf, docking facility, passenger terminal and access road.

DPWH Region 4B Director Wilfredo Mallari, said that phases 3 and 4 of the Cruise Port Facility are targeted to be completed this 2020.

“Once completed, the Cruise Port Facility can accommodate up to 10,000 passengers, added Director Mallari.

Puerto Princesa City is home to the Subterranean River National Park popularly known as Underground River which was listed in the UNESCO World Heritage Site in 1999 and voted as a New 7 Wonders of Nature in 2012.

Meanwhile, the westernmost city in the Philippines is also the gateway to other popular tourist destinations in El Nido, San Vicente and Taytay.