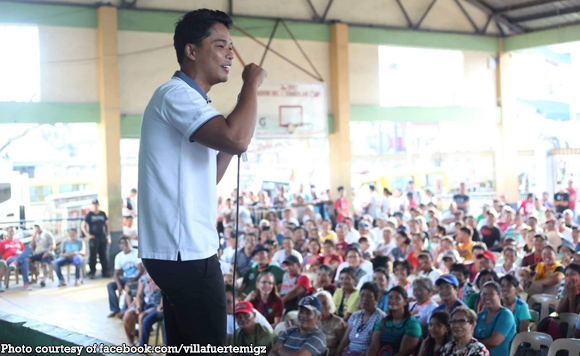 0 876
Share
Want more POLITIKO News? Get the latest newsfeed here. We publish dozens and dozens of politics-only news stories every hour. Click here to get to know more about your politiko - from trivial to crucial. it's our commitment to tell their stories. We follow your favorite POLITIKO like they are rockstars. If you are the politiko, always remember, your side is always our story. Read more. Find out more. Get the latest news here before it spreads on social media. Follow and bookmark this link. https://goo.gl/SvY8Kr

Camarines Sur Governor Miguel Villafuerte has announced that his province will be sending a delegation to Taal for an assistance drive.

Villafuerte said this is part of the Team One Bicol Delegation, which is formed to provide help to the residents affected by Taal Volcano eruption.

“The Provincial Government, as part of the Team One Bicol Delegation, will be sending assistance to Taal Volcano affected areas,” he said.

According to the governor, the team CamSur is consist of the following:

He said that the team Camsur will be fostering BAUAN MUNICIPALITY for at least seven days.