Velasco to Robredo: It would be a lie to say drug war is ‘complete failure’ 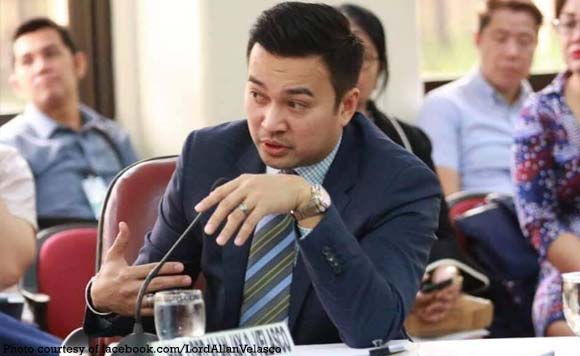 Marinduque Rep. Lord Allan Velasco on Monday defended the government’s drug war from Vice President Leni Robredo’s criticisms, saying it would be a lie to characterize the campaign as a complete and dismal failure.

“It would be a lie to say that President Rodrigo Duterte’s war on drugs is a complete failure, producing only dismal results,” he said.

Velasco, who is expected to take over the speakership of the House of Representatives later this year, noted that per Robredo’s own report, “some P1.4 billion in drug assets have been frozen by the AMLC and thousands of kilos of ‘shabu have been seized.”

He said the public should continue supporting the drug war.

“The streets are safer and our people feel a strong sense of security. This is bolstered by a recent SWS survey which shows that 79 percent of Filipinos are satisfied with the campaign against illegal drugs,” he added.

In her report on Monday, Robredo described the government’s war against illegal drugs as a “massive failure.”

Robredo noted that based on police data, around 3,000 kilos of shabu is consumed in the country every week or around 156,000 kilos per year.