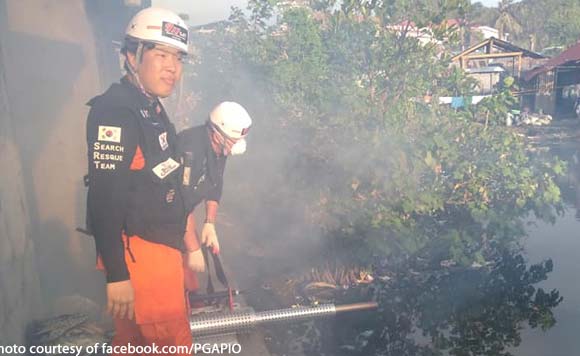 The officials paid a courtesy call to Governor Bichara at the Albay Capitol.

“The said team is in province to provide assistance to the victims of the recent calamity brought by Typhoon Tisoy,” the province said.

Then 911 Search and Rescue Team has already extended help to the victims of Bagyong Tisoy in victory village.

“Non-stop working in constructing houses, fogging activity and medical mission was provided to the people of victory village,” said the province.

“It is truly seen the essence of giving at times of eventuality. Thank you for the support our 911 Search and Rescue team in helping albay,” it added.