Lagman: Selling ABS-CBN to a Duterte crony not an option 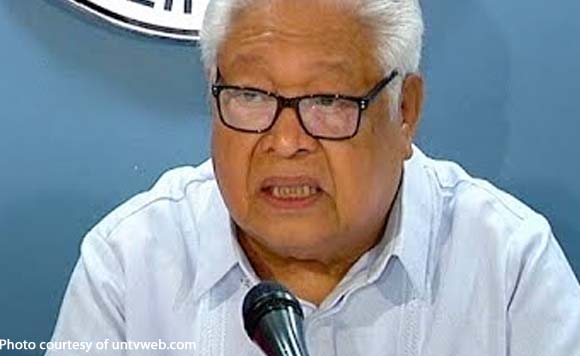 0 672
Share
Want more POLITIKO News? Get the latest newsfeed here. We publish dozens and dozens of politics-only news stories every hour. Click here to get to know more about your politiko - from trivial to crucial. it's our commitment to tell their stories. We follow your favorite POLITIKO like they are rockstars. If you are the politiko, always remember, your side is always our story. Read more. Find out more. Get the latest news here before it spreads on social media. Follow and bookmark this link. https://goo.gl/SvY8Kr

Albay Rep. Edcel Lagman announced Thursday that he would be filing a House resolution calling on the House committee on legislative franchises to act on the nine pending bills seeking the renewal of the franchise of ABS-CBN.

He assailed the “blatant curtailment of press freedom by President Rodrigo Duterte for repeatedly threatening to block the renewal of ABS-CBN Corporation’s franchise, which expires in March 2020.”

Lagman said Duterte’s actions were “ominously reminiscent of the unceremonious closure nationwide of 392 media outlets in 1972 at the outset of Martial Law, including ABS-CBN’s predecessor, ABS-CBN Broadcasting Corporation.”

“The President must institute with the proper judicial or administrative forum his personal grievances against ABS-CBN, instead of imposing an extrajudicial killing of the freedom of the press,” according to the Liberal Party lawmaker.

“Any deliberate and arbitrary denial of the extension of ABS-CBN’s franchise will render jobless 10,955 regular and non-regular employees as well as talent and project-based workers, and freeze P84.6 billion assets and investments,” he said.

“Selling ABS-CBN to an apparent Duterte crony is not an option,” Lagman said.

Duterte recently advised ABS-CBN to just sell its business, sparking speculations that he wants a close friend of his to take over the corporation.

“The freedom of the press is enshrined in the Bill of Rights and franchises as private bills exclusively emanate from the House of Representatives,” Lagman said.

“The unwarranted non-extension of ABS-CBN’s franchise is also a violation of due process and the equal protection clause guaranteed by the Constitution,” he added.

“The President must uphold the freedom of the press and respect the independence of the Congress, particularly the House of Representatives where franchise bills originate, in granting and extending franchises,” Lagman said.