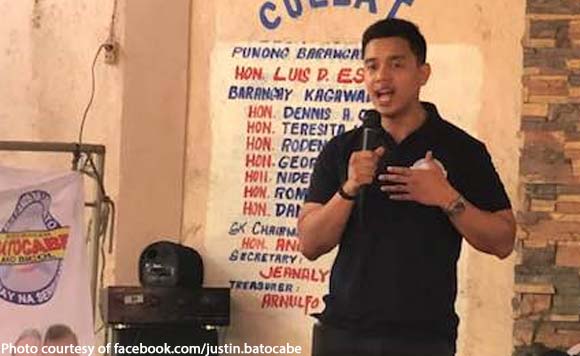 Justin Batocabe, the son of the slain Ako Bicol Rep. Rodel Batocabe, is fighting his own quest for justice, but is happy that one of the most brutal political killings in the country has been resolved.

In a Facebook post, Batocabe said that he hopes the decision, handed down after a 10 year trial, would allow Filipinos to have hope in the justice system.

He said that this shows that even if the journey is long, it will still end in justice.

He also lauded Judge Jocelyn Solis Reyes for her decision and hopes more judges will be like her.

Hopefully, other quests for justice would end sooner rather than later!

“‘The arc of history is long, but it bends towards justice’

May this decision serve as hope to the Filipino people to keep faith in the justice system and that although the road may be hard – Justice will ultimately prevail. ??