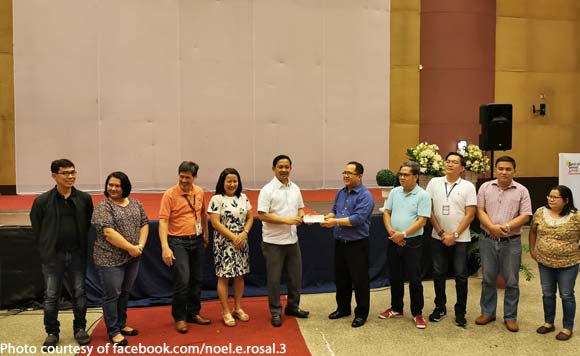 0 339
Share
Want more POLITIKO News? Get the latest newsfeed here. We publish dozens and dozens of politics-only news stories every hour. Click here to get to know more about your politiko - from trivial to crucial. it's our commitment to tell their stories. We follow your favorite POLITIKO like they are rockstars. If you are the politiko, always remember, your side is always our story. Read more. Find out more. Get the latest news here before it spreads on social media. Follow and bookmark this link. https://goo.gl/SvY8Kr

For being awarded the Seal of Good Local Governance this year, Legazpi City got a windfall of P3.5 million.

And Mayor Noel Rosal wants this to go to waste, literally.

Rosal, in a Facebook post, said he would use the money to buy trucks to be used to haul garbage and keep the city clean.

He thanked the Department of Interior and Local Government, city officials, and private partners for making this happen.

Buying dump trucks may not sound glamorous, but it’s essential to keeping the city clean and thriving.