Ako Bicol Rep. Garbin calls for passage of laws that weed out root causes of impunity 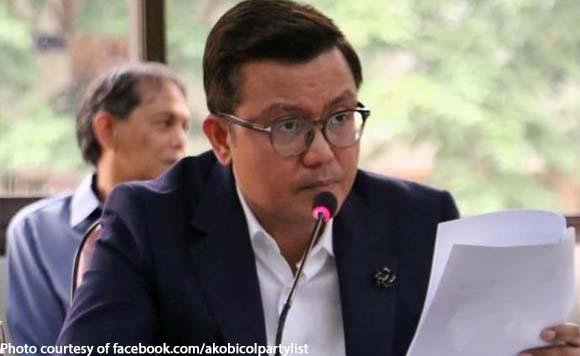 Ako Bicol Rep. Alfredo Garbin has laid out his proposed laws in order to address the root causes of impunity in the country.

His proposal came after the Quezon City Regional Trial Court Branch 221 convicted Ampatuan brothers Datu Andal Jr and Zaldy of 57 counts of murder in connection with the Ampatuan Massacre in 2009.

“The guilty verdict today is a challenge to Congress and all institutions and sectors in our democratic society to protect all our freedoms with utmost strength, the full force of our laws, and the clear certainty of enforcement,” Garbin said.

“I see the need for much stronger voter education laws and programs, the eradication of private armies, confiscation of all loose firearms, stoppage of all sources of funds of lawless elements, and bans on criminals from any post in government,” he added.

First bill is the House Bill 01553 or :AN ACT DECLARING NOVEMBER TWENTY-THREE OF EVERY YEAR AS ꞌPHILIPPINE PRESS FREEDOM DAYꞌ

“We must find ways to bar criminal warlords from running for all public positions whether appointive or elective,” said Garbin.

“We must weed out all corrupt and criminal elements from the ranks of the police, the military, and civilian officials,” he added.

“November 23 ought to be declared as Philippine Press Freedom Day as I have proposed in House Bill 1553 to honor the memory of those who died that fateful day and to remind future generations to never allow and prevent this kind of massacre and impunity from ever happening again,” he said.