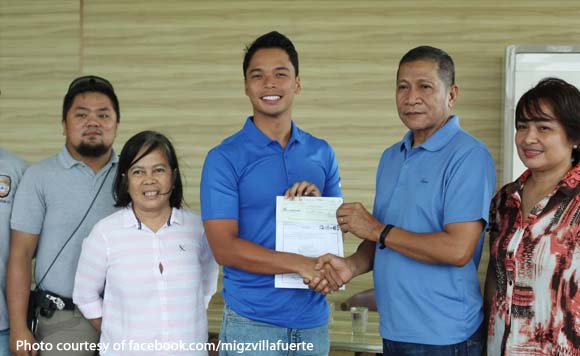 Camarines Sur Governor Miguel Villafuerte has personally received the P1 million donation of Davao City to victims of Typhoon Tisoy in the province.

The governor also expressed his gratitude to presidential daughter and Davao City Mayor Sara Duterte for the financial aid.

Camarines Sur was one of the provinces in Bicol Region that was severely hit by Typhoon Tisoy.