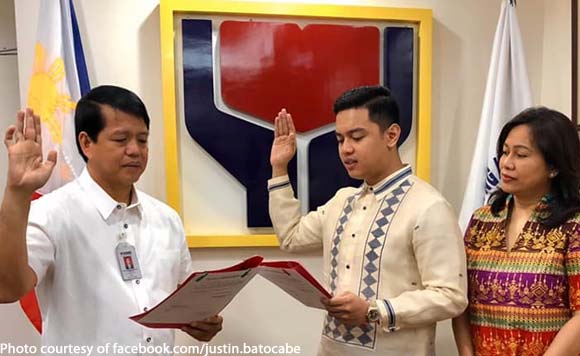 The late Ako Bicol Rep. Rodel Batocabe’s stint in public service may have been cut short, but his son Justin looks to be following in his footsteps.

Justin, in a Facebook post, shared a photo of himself taking his oath as an official of the Department of Social Welfare and Development.

According to him, it was an honor for him to work for the government.

He thanked President Duterte and DSWD Secretary Rolando Bautista for the trust and for giving him the chance to serve the public.

He also added a message for his late father, asking the latter to watch over him as he continues his legacy of public service.

There is a new Batocabe in government!

Dad, please watch over me as i continue your legacy of public service 🙏🏽😇,” Justin posted.