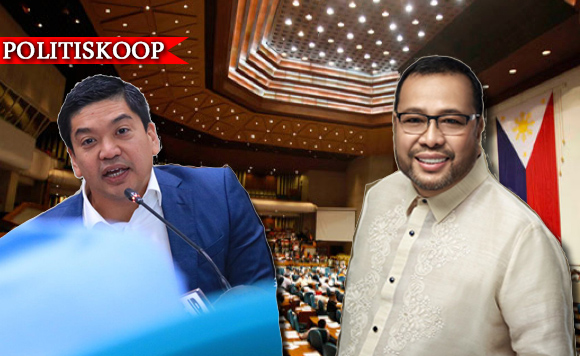 A shouting match has erupted between two officials of the House of Representatives over P16.345-billion worth of insertions placed in 2020 General Appropriations Bill (GAB) prior to its ratification last Wednesday.

Politiko learned that Deputy Speaker for Finance Luis Raymund (LRay) Villafuerte and Deputy Speaker for Internal Affairs Neptali “Boyet” Gonzales II have been involved in a heated exchange during a caucus of the House contingent at the Manila Polo Club last November 29.

The Bicalono solon allegedly insisted that the House should push for the inclusion of some P16-billion infra allocation in the final version of the 2020 GAB. The amount was part of P95.3 billion allocation vetoed by President Rodrigo Duterte when he signed the 2019 General Appropriations Act (GAA) last April.

Gonzales allegedly confronted Villafuerte on why the House will still push for such multi-billion insertions in the bicam when the said items were already turned down by the President earlier this year.

But the lawmaker from Camarines Sur supposedly didn’t agree with Gonzales’ comment, which led later to a ferocious exchange of words between the two allies of House Speaker Alan Peter Cayetano.

Villafuerte argued that those funds were the allocations slashed from various congressional districts which was originally under the 2019 National Expenditure Program (NEP), before it was realigned by top aides of former President and lately Speaker Gloria Macapagal Arroyo, particular by former Majority Floor Leader Rolando Andaya Jr.—Villafuerte’s political nemesis—after the successful House coup in July 2018.

A congressional insider told Politiko that it was Villafuerte who ran the show for the Lower House during the budget deliberations instead of Committee on Appropriations chair Isidro Ungab (Davao City).

In the end, Villafuerte was successful with his bid for the inclusion of the more than P16-billion allocations which Senator Panfilo Lacson said as the “congressmen’s ‘source’ of their ‘list’ of 742 projects.”