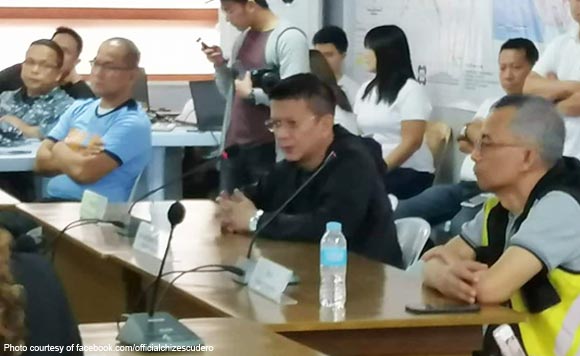 Sorsogon Governor Francis “Chiz” Escudero has proposed to tap the “parametric insurance” under the 2019 general appropriations fund to help the residents hit by Typhoon Tisoy in the eastern seaboard.

Escudero attended the post disaster meeting with President Rodrigo Duterte together with other governors in Bicol Region.

“When you initially began discussing the disaster here in the Bicol region, you spoke about money. Actually, there is money available, Mr. President. Because in the 2019 budget, we inserted a fund for what we call parametric insurance,” Escudero said.

“We covered the entire eastern seaboard of the country. This was the model developed by the World Bank together with the GSIS and the National Treasury. In fact, the fund is lodged in the National
Treasurer. I just texted National Treasurer Lea and confirmed,” he added.

Escudero also said that Senator Bong Go can help them out in this because it’s lodged in the budget.