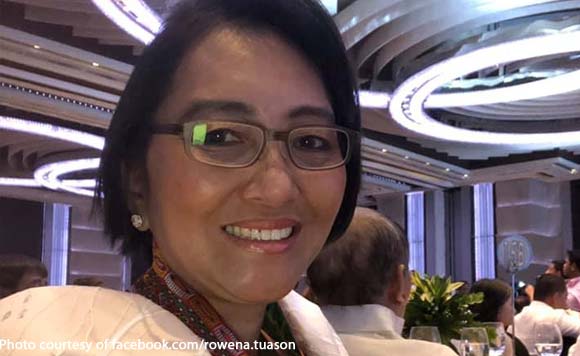 0 1,149
Share
Want more POLITIKO News? Get the latest newsfeed here. We publish dozens and dozens of politics-only news stories every hour. Click here to get to know more about your politiko - from trivial to crucial. it's our commitment to tell their stories. We follow your favorite POLITIKO like they are rockstars. If you are the politiko, always remember, your side is always our story. Read more. Find out more. Get the latest news here before it spreads on social media. Follow and bookmark this link. https://goo.gl/SvY8Kr

Typhoon Tisoy did not spare Masbate City and destroyed homes and means of livelihood.

But Mayor Rowena Tuason is nevertheless grateful that there were no deaths reported due to the storm.

In a Facebook post, Tuason thanked the lord for the zero casualty record and vowed to help those who lost homes and livelihood equipment during Tisoy’s onslaught.

She also expressed her gratitude to the officials who cooperated and helped the city prepare for Tisoy, including officials of the barangay, the city disaster risk reduction and management office, and the Bureau of Fire Protection.

She also praised the goodness in the hearts of families who helped their neighbors and let them evacuate into their homes.

Because of everybody’s effort and generosity, Masbate City did not lose a life, and that’s what’s most important!

I salute every family who helped and let their neighbors evacuate in their homes. Damo pa san may Cristo sa puso didi sa Masbate,” Tuason posted.