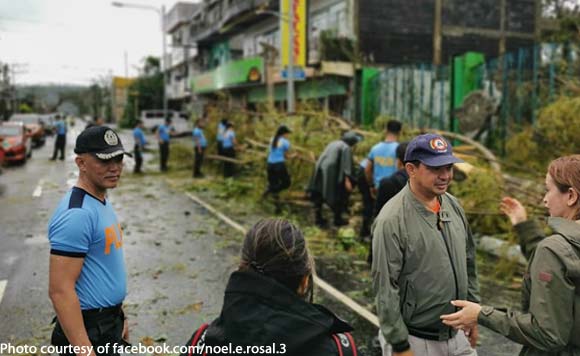 Legazpi City was among the areas hit hard by the onslaught of typhoon Tisoy, but Mayor Noel Rosal was quick to assure his constituents that he would help them get back on their feet.

In a Facebook post, Rosal provided updates about the effects of Tisoy and what would be done about them.

Power supply was lost, and the city is waiting for the National Grid Corporation of the Philippines to act. But in the meantime, local repairs would be done.

Water supply was expected to return to normal Tuesday evening, while the airport is already open. The city is just waiting for airlines to resume their flights.

He also said many houses and infrastructure were damaged, but he would fast-track their repair and reconstruction, he said.

He implored them to hold on.

They will get through this together!