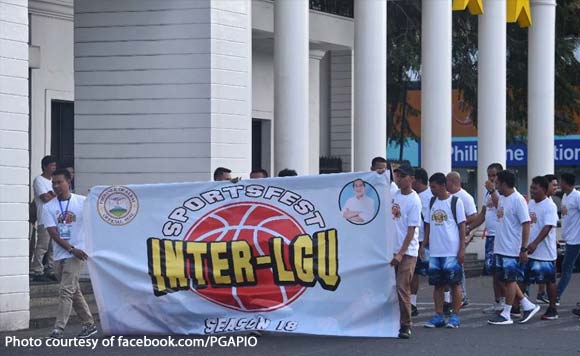 The inter-local government unit sports fest has formally kicked off in Albay yesterday.

Representatives and players from the local government units (LGU’s) in Albay gathered yesterday, November 27 in front of the Capitol, to officially open the 18th edition of Inter-LGU Sportsfest at the Albay Astrodome.

“A total of ten (10) cities and municipalities are joining this year’s sportsfest with seven (7) official sports events,” the province said.

Through Onrubia, Lagman encouraged each team to give their best during the tournament. Lagman also said that he supports financially any team

“Board Member Joseph Philip Lee expressed his appreciation to all players who arrived today for the formal opening tournament,” said the province.

“As a fresh start, players of LGU Camalig and Sto. Domingo will play for the first set of basketball games. Manito and Legazpi City will play for Volleyball Women,” it added.

The Albay Inter-LGU Sportsfest is one of the priority programs of Governor Al Francis C. Bichara.