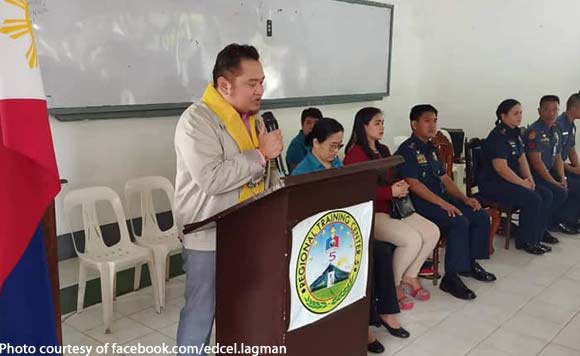 Albay Vice Governor Edcel Grex Lagman has served as the guest speaker during the flag raising ceremony of the PNP Regional Training Center at Camp Ola.

Lagman said he discussed various topics including the civilian supremacy under the constitution and what makes our charter as “human rights” constitution.

“I spoke about the civilian nature of our national police force and that civilian authority must always reign supreme as mandated under the 1987 Philippine Constitution,” he added.

“Mentioned, too, that our constitution is heralded globally as a “Human Rights Constitution.”

Lagman also congratulated the officers and men of PNP Albay for being true vanguards of peace and order.

“Finally acknowledged the efforts of its top brass down to its non-uniformed personnel in continuously battling the culture of impunity that continues to hound law enforcement,” he said.