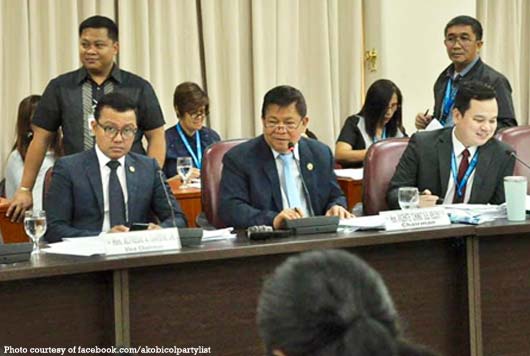 The Ako Bicol partylist has lauded the committee approval of a bill that seeks to amend the three-fold rule under the Revised Penal Code.

Art. 70 of the RPC provides that the maximum penalty of a culprit who are to serve successive penalties shall not be more than three-fold the length of time corresponding to the most severe of the penalties imposed upon him.

“No other penalty to which he may be liable shall be inflicted after the sum total of those imposed equals the same maximum period,” the said provision read.

“Such maximum period shall in no case exceed forty years,” it added.

The House Committee on Justice has passed the Committee Report on House Bill No. 4553 which seeks to amend Article 70.

“With the passing of the Committee report, the first step for the Bill to become a law has been accomplished. We expect that a new law which removes the ceiling of 40 years maximum imprisonment for offenders who has committed multiple counts of Heinous Crimes will soon be enacted,” said the partylist.

“We hope that the passage of the Committee Report and the likelihood of HB No. 4553 becoming into a law will serve as deterrent in the commission of heinous crimes,” it added.