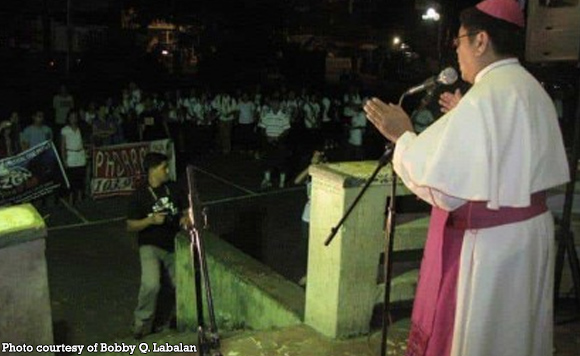 SORSOGON CITY — Bishop Arturo Bastes will lead the province-wide commemoration of the 10th anniversary of the infamous Ampatuan massacre on Saturday.

The Sorsogon prelate has directed all parishes in the province to dedicate their Masses to the victims of the gruesome incident that put the Philippines on top of the list as the most dangerous country for journalists.

In an interview with the Philippine News Agency (PNA), Bastes asked the priests to pray for the victims and for a favorable decision on the case, which has yet to be rendered by Judge Jocelyn Solis-Reyes of the Quezon City Regional Trial Court Branch 221.

Solis-Reyes has asked for a one-month extension in the issuance of the verdict, citing the voluminous records of the case that need to be reviewed.

“We hope that the court would hasten the resolution of the case as it is now on (the) 10th year. Justice delayed is justice denied,” he said.

The suspects would be judged here and in the after-life, Solis-Reyes added.

“Media freedom is a hallmark of a vibrant democracy, which all of us must protect as it has a direct impact on us all,” he said.

Solis-Reyes has actively taken part in past years’ commemoration of the massacre.