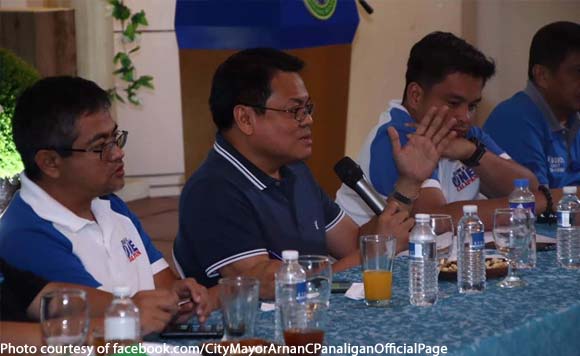 The the business community of Calapan City was represented by the local chapter of the Philippine Chamber of Commerce and Industry.

Panaligan and the PCCI discussed several issues and concerns affecting the sector.

“City Government department heads were present at the dialogue. During the event, the Business Registration Information System (BRIS) that will facilitate the renewal of business licenses was also launched,” the mayor’s office said

The dialogue was held at Cafe Angela in Bgy. San Antonio.

Panaligan addressed the young athletes from public and private schools in Calapan City who are participating in the City Division Meet.