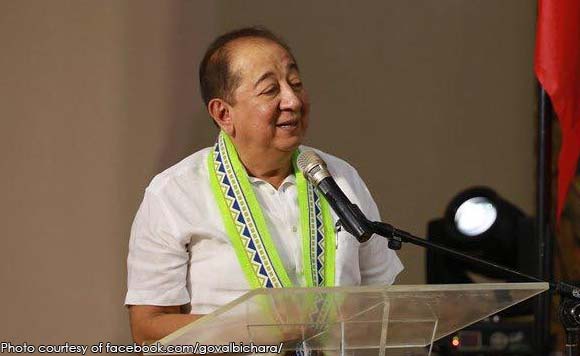 Albay Governor Al Francis Bichara has approved the resolutions extending financial aid to the areas affected by earthquake in Mindanao.

The said resolutions were authored by Board Member Neil Montallana and Eva Ribaya and greenlighted by the Sangguniang Panlalawigan last November 5.

With the approval, the province will provide financial assistance worth P1.5 million in total, to Mindanao areas hit by series of earthquake over the past few weeks.

“On November 8, three checks amounting to P500,000 each were signed by Gov. Bichara to Provincial Government of Davao del Sur, North Cotabato and Davao City. It was immediately handed-over by the provincial team headed by Board Member Vic Ziga Jr with Board Member Neil Montallana, Board Member Rey Bragais, PSWD Officer Eva Grageda and Assistant PTO Brenda Flores to the said local government units on November 9, Saturday,” the province said.

“Vice Governor Mark Cagas and Councilor Danny Dayanghirang of Davao City were honoured to receive the checks from the team and were grateful to the province for the cash aid,” it added.

The province noted that this initiative is a consistent and genuine concern of the Provincial Government through the leadership of Governor Bichara to “other provinces under worst post-disaster condition which resulted to loss of lives and damage to infrastructures.”