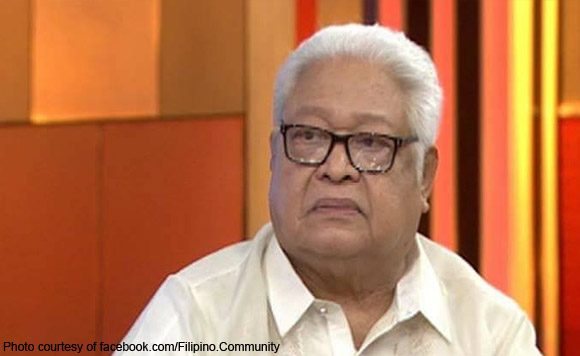 0 924
Share
Want more POLITIKO News? Get the latest newsfeed here. We publish dozens and dozens of politics-only news stories every hour. Click here to get to know more about your politiko - from trivial to crucial. it's our commitment to tell their stories. We follow your favorite POLITIKO like they are rockstars. If you are the politiko, always remember, your side is always our story. Read more. Find out more. Get the latest news here before it spreads on social media. Follow and bookmark this link. https://goo.gl/SvY8Kr

Albay Rep. Edcel Lagman on Tuesday praised the statement of President Rodrigo Duterte that Vice President Leni Robredo has “free rein” as co-chair of the Inter-Agency Committee on Anti-Illegal Drugs (ICAD) and that he “will give her all that she needs,” including funding support.

Lagman said the decision of the President “is most welcome.”

“The new role of Robredo as the head of the anti-illegal drugs campaign would necessitate additional modest allocations to augment the appropriations of the Office of the Vice President,” said Lagman, a member of Robredo’s Liberal Party.

“These fresh funds can be used by the Vice President in re-charting the course of the anti-narcotics drive to non-violent policies like community-based drug rehabilitation and poverty alleviation programs,” he said.

Moreover, according to Lagman, the implementing agencies which are members of the ICAD, like the Philippine National Police (PNP), Department of Health (DOH), Department of Education (DepEd), Department of Justice (DOJ), and Department of the Interior and Local Government (DILG), should have their anti-illegal drug budgets realigned to support the innovative initiatives of the Vice President.

“The reallocation of funds will also enhance data gathering and evidence-based approach in documenting the actual incidence of narcotics trade and drug use,” he said.