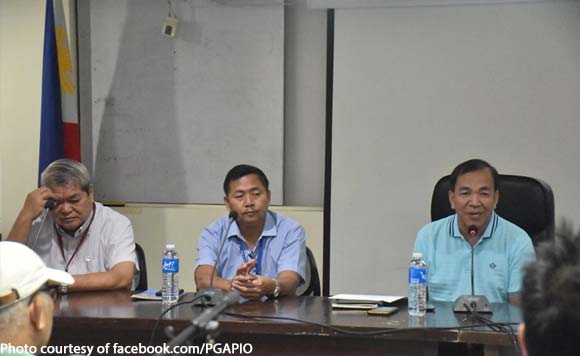 0 884
Share
Want more POLITIKO News? Get the latest newsfeed here. We publish dozens and dozens of politics-only news stories every hour. Click here to get to know more about your politiko - from trivial to crucial. it's our commitment to tell their stories. We follow your favorite POLITIKO like they are rockstars. If you are the politiko, always remember, your side is always our story. Read more. Find out more. Get the latest news here before it spreads on social media. Follow and bookmark this link. https://goo.gl/SvY8Kr

Albay Governor Al Francis C. Bichara has ordered the province-wide trimming of trees as part of the Typhoon Mitigation Program in preparation for the typhoon season this November and December

The order was made through APSEMO Chief – Dr. Cedric C. Daep. Pursuant to the order, a Composite Team was formed to implement the program.

“A province-wide trimming of tress along main roads and national highways in Albay is the main target of this project. This started on November 8, 2019 by sending out survey teams,” the province said.

“Three teams were dispatched led by the Department of Environment and Natural Resources (DENR) to identify and mark trees to be trimmed. Trimming will immediately start next week,” it added.

Dr. Daep already briefed the teams composed of personnel from Albay Power and Energy Corporation , Department of Public Works and Highways, City Government of Legazpi and Albay Provincial Engineering Office for the implementation of the said project

“During the briefing, Dr. Daep along with Provincial Engineer Dante B. Baclao and APEC Operations Manager Engr. Carlos B. Laroza contributed their insights and suggestions and gave last-minute reminders to ensure that the right procedures are done, underscoring safety of the persons who would do the job,” said the province.

“It has been noted that during a typhoon, tree branches or fallen trees wreaked havoc on properties and even posed risk to human lives. They destroyed fences electric posts making it hard for the electric company to restore power supply,” it added.