Naga City Mayor Legacion on People’s Day: This is the new normal 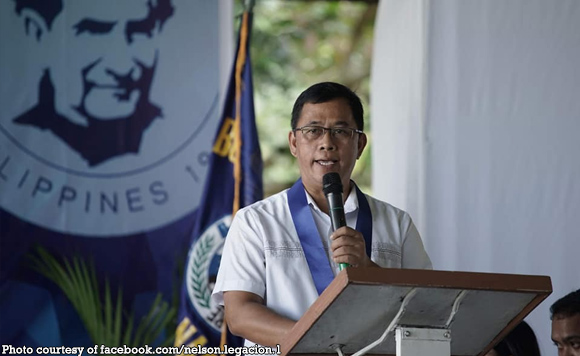 Naga City Mayor Nelson Legacion said that he “redefined” the meaning of public service in his first 100 days in office.

Legacion said that he literallt brought public service to the doorsteps of every Nagueño through his People’s Day.

He said that People’s Day is the “new normal in the city hall.”

“We redefined what public service can and should be. On top of the usual setup where customers need to visit an office to avail of a service, we have instituted a fortnightly People’s Day, where frontline services can be availed of at our People’s Hall, and priority citizen concerns addressed by City Hall, led by the Mayor himself,” Legacion said.

“For our farthest barangays, we held People’s Day sa Barangay, like in Panicuason and Cararayan. We intend to do the same for all 27 barangays of the city as often as possible,” he added.

Legacion said that his administration brought the City Mayor’s Office to different sitios, zonas and neighborhoods through the weekend Community Meetings.

During the said meetings, Legacion said that the “informal atmosphere” encourages his constituents to engage and be candid with him, allowing us to “feel their needs and arrive at more responsive solutions, oftentimes rendered on the spot.”

“Under my administration, these will become the new normal – because the times demand that the mountain should go to Muhammad, and not the business-as-usual arrangement where ordinary citizens or Muhammads should go to City Hall if they need to avail of a service,” said Legacion.