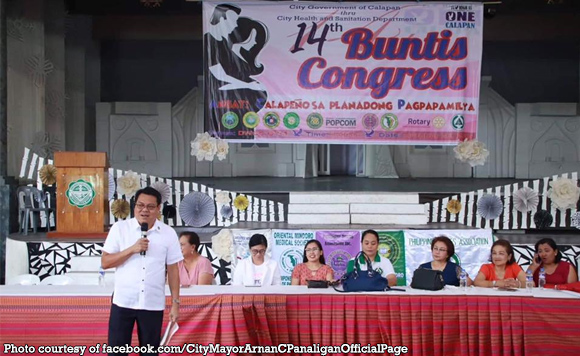 0 251
Share
Want more POLITIKO News? Get the latest newsfeed here. We publish dozens and dozens of politics-only news stories every hour. Click here to get to know more about your politiko - from trivial to crucial. it's our commitment to tell their stories. We follow your favorite POLITIKO like they are rockstars. If you are the politiko, always remember, your side is always our story. Read more. Find out more. Get the latest news here before it spreads on social media. Follow and bookmark this link. https://goo.gl/SvY8Kr

The sais Buntis Congress was an initiative of the City Health and Sanitation Department (CHSD) and the City Population Office.

“The participants are pregnant women and their husbands or partners. The activity aims to promote maternal and infant health, proper nutrition of mothers and infants and population management,” the mayor’s office said.

“The City Mayor reported to the assembly the recently completed projects of the City Government in Bgy. Parang, notably the construction of a 2 storey multi-purpose building worth PhP 3.7 million and construction of a covered court at the compound of Parang National High School,” his office said.