Calapan City named one of Most Competitive Cities by DTI 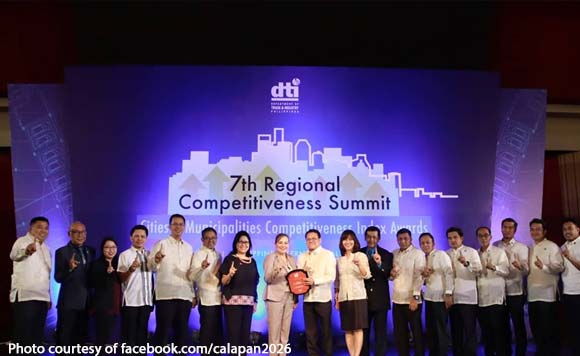 The City of Calapan has been named anew as one of Most Competitive Cities in the Resiliency Category by the Department of Trade and Industry.

The awarding ceremony was held last October 24 at the Philippine International Convention Center.

Mayor Arnan C. Panaligan personally received the award on behalf of the City Government of Calapan

The said corporation briefed the city officials of their proposed investment plans in Calapan City.