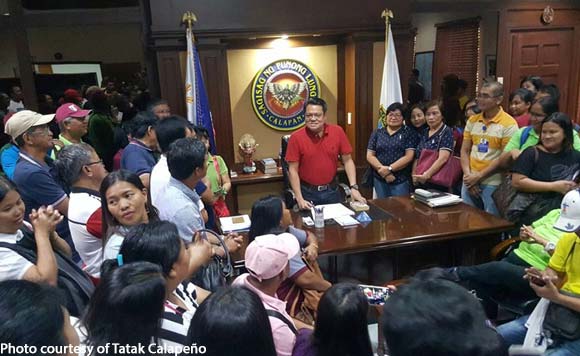 Several barangay officials from Victoria town have paid a courtesy visit to the Calapan City Hall to observe the City Government’s best practices and programs.

Meanwhile, Panaligan also received at his office Mr. and Mrs. Carlito and Fely Go, owners of Nuciti and Citymart malls in Calapan City.

“They discussed with the City Mayor their future investment plans in Calapan City. Mayor Panaligan said their investments have significantly contributed to the economic development of Calapan City and have generated employment opportunities for the city residents,” said Panaligan’s office.