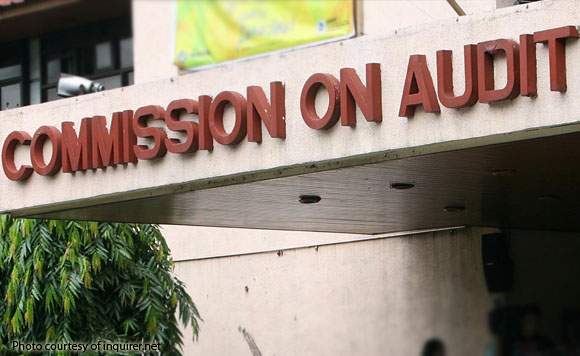 The Commission on Audit (COA) called out the provincial government of Masbate for overpaying contractors, setting back state coffers by P7.04 million.

“This manifests weak internal control in the local government unit which could result to loss or wastage of government funds/resources and the efficiency, economy and effectiveness of operations of the Agency will not be attained,” state auditors warned.

According to the 2018 annual audit report, the provincial government failed to notice several instances of double payment for the refund of retention money, as provided under COA rules and regulations.

Masbate local officials also posted cases of overpayment with regards to the progress/final billings in various infrastructure projects across the province.

State auditors blamed the errors on the provincial government’s failure to properly record transactions in their local ledgers.

“Likewise, the double and overpayments was caused by the delayed processing of the (disbursement vouchers) for the payment of infrastructure projects,” COA added.

Section 124 of Presidential Decree No. 1445 or the Government Auditing Code of the Philippines states that it is incumbent upon the provincial government to install, implement and monitor a sound system of internal control.

In addition, provisions of the administrative code demand that the provincial governor take charge of the economical handling of all available funds and property.

The state auditing agency ordered Masbate local officials to strengthen their internal controls to safeguard the taxpayer’s resources from wastage or loss, and ensure that available funds are utilized efficiently.

According to the provincial government, as stated in the report, the Office of the Provincial Accountant has already demanded the excess payments from the concerned contractors, and will take steps to implement the auditor’s recommendations.