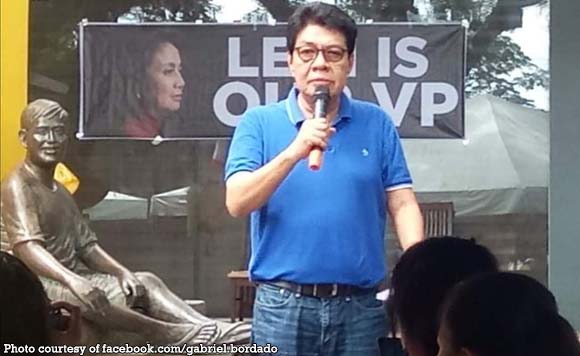 The prayer rally, to be held today at the Museo ni Jesse in Naga City Civic Center, aims to show support to the vice president who’s facing an election protest.

“WALANG IWANAN!: Once again, we are calling on all the supporters of VICE PRESIDENT LENI GERONA ROBREDO to join us in another PRAYER RALLY at the MUSEO NI JESSE, Naga City Civic Center, on Monday, 14 October 2019, at 5pm,” Bordado said.

“As pointed out by Father Occiano Lo Occi, let’s pray for “justice, fairness, and truth” as the Supreme Court acting as the Presidential Electoral Tribunal prepares to render its verdict on Tuesday, 15 October 2019,” Bordado said.

The SC gas twice deferred the ruling on the said election protest.