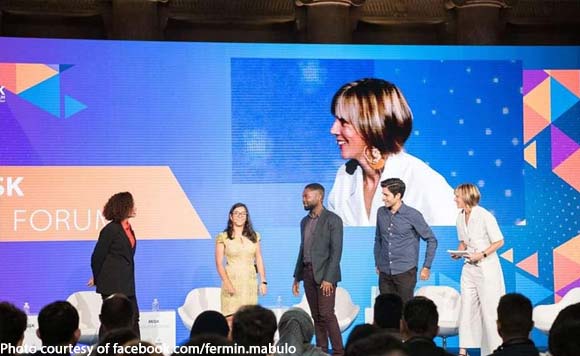 0 523
Share
Want more POLITIKO News? Get the latest newsfeed here. We publish dozens and dozens of politics-only news stories every hour. Click here to get to know more about your politiko - from trivial to crucial. it's our commitment to tell their stories. We follow your favorite POLITIKO like they are rockstars. If you are the politiko, always remember, your side is always our story. Read more. Find out more. Get the latest news here before it spreads on social media. Follow and bookmark this link. https://goo.gl/SvY8Kr

Since San Fernando Mayor Fermin Mabulo’s daughter Louise was recognized by the United Nations as one of the Young Champions of the Earth, she has found herself sharing the stage with prominent people.

But the mayor is amused that Louise is not always aware of the celebrities who are with her.

In one event, she was on stage with actor Adrian Grenier, who was in the movie the Devil Wears Prada. She had no clue who he was, the mayor said in a Facebook post.

Soon, another famous celebrity is set to visit Louise to film her for his show, he said.

“My daughter Louise now regularly rubs elbows with famous people like Hollywood celebrities but sometimes she doesn’t have a clue. She doesn’t know that The Devil Wears Prada. Here she shares the stage at the UN with Adrian Grenier. This coming week, another famous celebrity will visit our humble abode to film her and feature her in his show. When it rains it floods!” Mabulo posted.